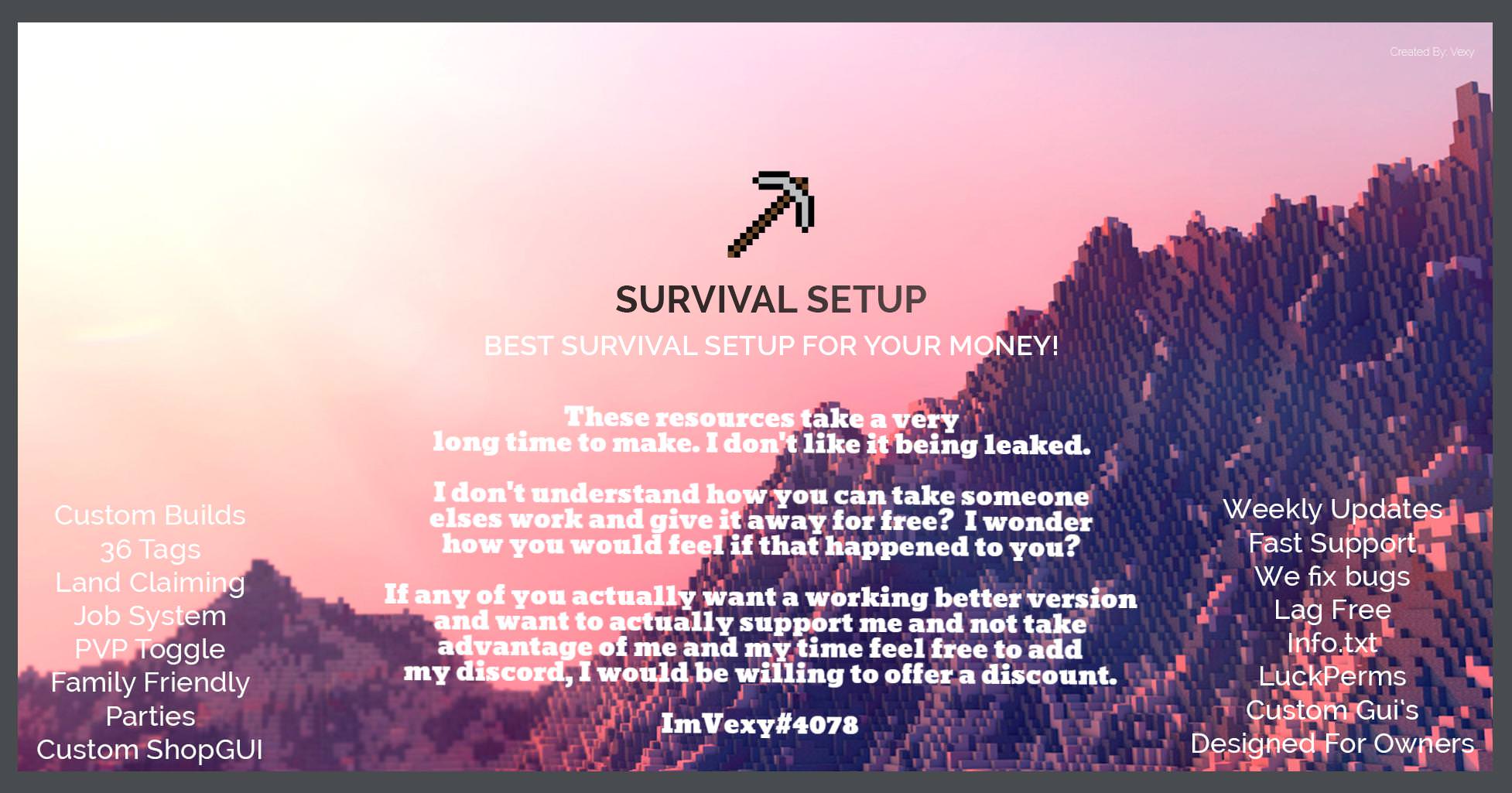 Today I am releasing a survival setup to you guys unlike the others. For only $9.99 you can have this amazing quality survival setup best on the market. There are a huge array of custom features in this setup like lots of /tags and a amazing ShopGUI! I plan to release many other features to this setup in the near future and this is only the beginning. This setup includes both a 1.8 and a 1.12 version!

This spawn features a giant tree with lots of places for [NPC]'s and other features. It's in the middle of the ocean so players will need to use their boats to get off the island. 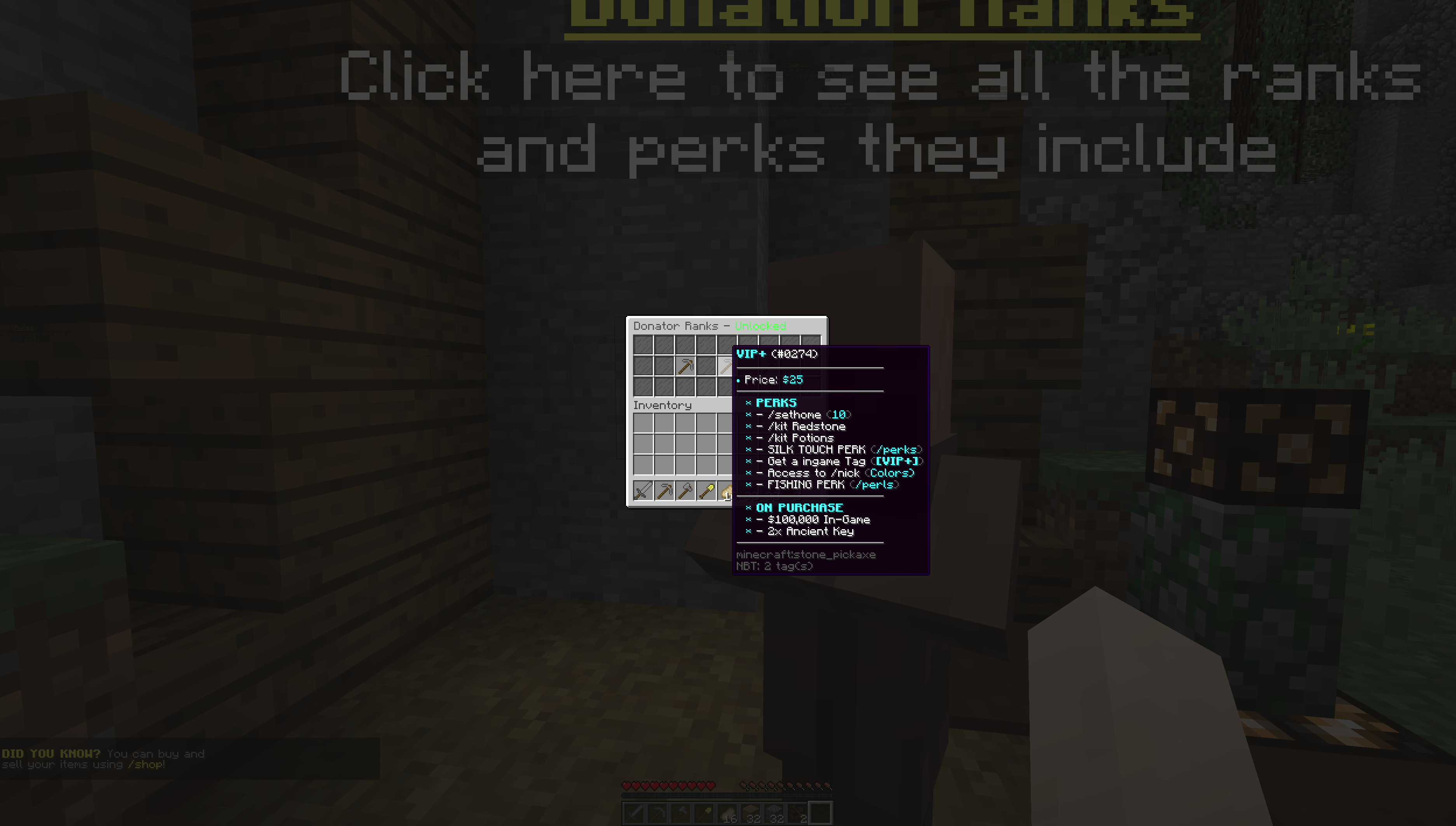 I included a amazing ShopGUI+ in this setup, All the messages have been configured and the shop balanced for survival game-play. The prices match up with the ranking system so players can always have something to work for.
I also included 2 crates, One is a voting crate and the other you have to buy a key off Buycraft. The crates are worth their price and the chance system has carefully been made. I highly suggest checking them out in-game! 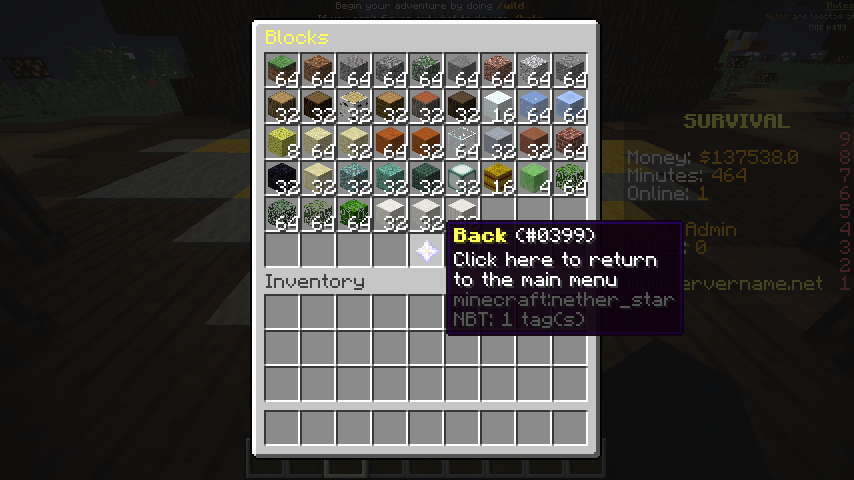 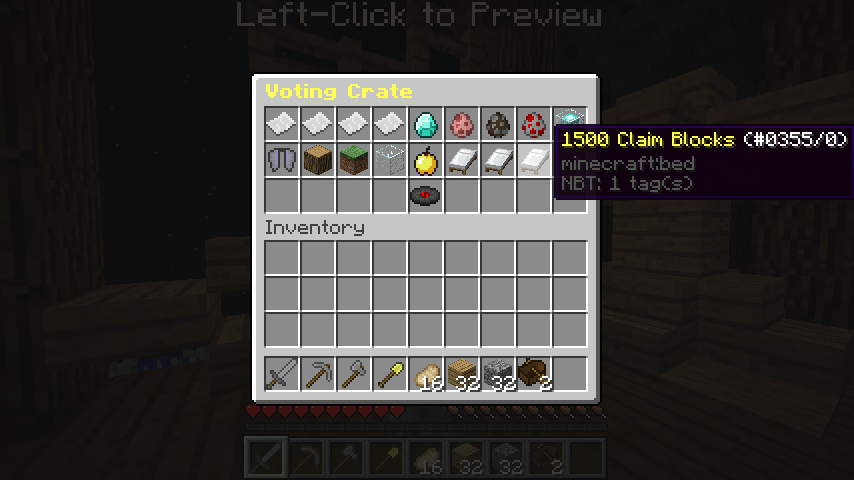 I would highly suggest using the test server to see these features for yourself but never the less I'll list them below with a few pictures!
Auction System:
This server include CrazyAuctions so you're able to have a auction house that you can sell and buy items from, You can even bid! Only players that are IRON rank can access /ah sell and before that rank you can only buy items. 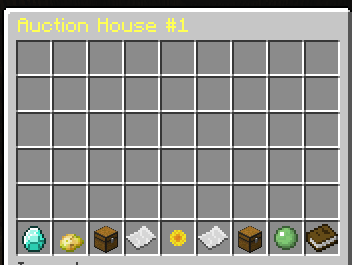 Tags:
I included 36 tags in this setup, you can use these as both donator items and as a good perk to be able to sell on your BuyCraft! Each one is carefully made and my TagGUI even includes some original ones like “Instagram” and “SnapChat”

Job System:
To help the players earn money to rankup and buy items in the shop I added a Job plugin, This has been configured to fit right in with our ranks and ShopGUI+! You can see the jobs at /warp jobs or using the [NPC] at spawn.

GUI System:
This server includes LOTS of Gui’s ranging from ones just for /kit to one even just to show the 3 donator ranks and what's included. I have spent a long time making sure they all perfectly match and look amazing when your players use them.
GUI’s included are:

Automatic Messages:
I have configured a broadcast plugin and clearlag perfectly for the server. Clearlag doesn’t clean up items too often but enough to prevent lag, The broadcast plugin tells players a few of the needed commands every so often.

Anti-Grief and Land Claiming
I have configured this to work perfectly with the server, All players start off with 100 claim blocks and as they run around and do stuff this amount quickly grows. You can also earn more claim blocks by /vote and using the crates.

Party System
I have configured this to work with the ranks on the server, Donators can access party chats and even make chat rooms just for one or two of them. It works perfectly and all players have permission to create and join them.

Kits and Perks:
I have included a large amount of kits and perks for donators and normal players to enjoy! You can access either of them with /kit and /perks.

Voting:
I have setup voting on this server with spots to put your server links and rewards. I put a vote key and $1,000 for you guys. 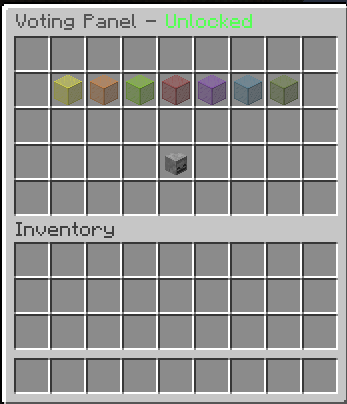 [NPC] System
I have added NPC’s all over spawn to help players with using commands, Up the main stairs at spawn there is the main 4 NPC’s and scattered around are the others.

The Rest:
I highly suggest you join the test server to see the rest like the MOTD and other features, I'll still leave a few pictures below though. YOU WILL NEED TO PURCHASE THE PREMIUM PLUGINS "SHOPGUI+" AND "FEATHERBOARD".